On top of that, working in China will double other countries income – she should be able to earn At least US$1,200 per month. Chinese schools offer free accommodation and lunch allowances, luxuries that few schools in the Philippines can afford.

“We have received a lot of calls from Chinese companies recently,” said Brian Oliva, a manager of Manila-based recruitment agency QRD International Placement. “Most calls were for hiring Filipino English-language teachers, but some Chinese companies were looking for Filipino engineers, too.”

Oliva said those inquiries had been so rare in previous years that his company had not bothered to serve the Chinese market.

Mark King Eclevia, a director of Manpower Alliance in Manila, shared a similar experience. “This trend started just now,” said Eclevia, who has been in the labour exporting business for more than six years and had not had a Chinese client until last month. In April, his company filed more than 50 visa applications for teachers who got offers from China. “I believe China is going to be a big market for us,” he said. 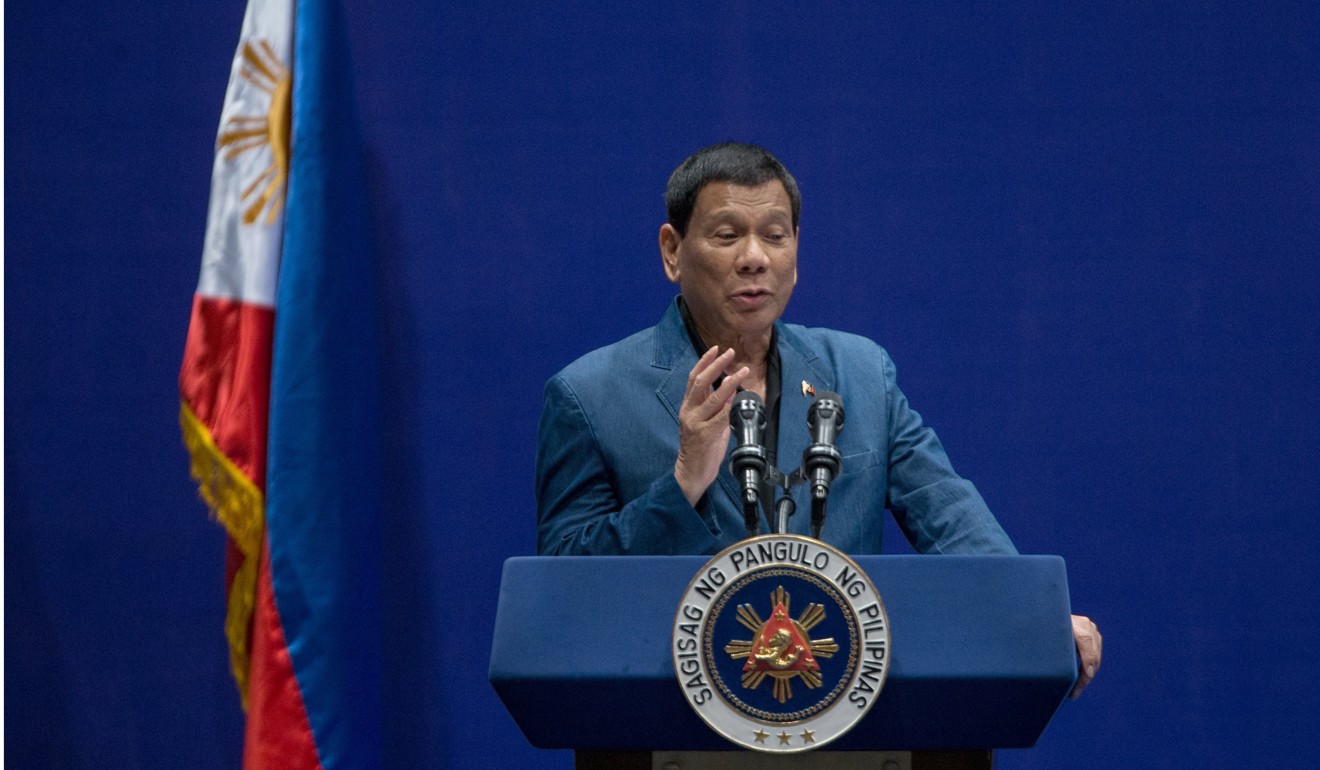 Eclevia and others attributed the recent growth to a sea change in Beijing’s attitude towards Filipino workers. Previously, Filipinos had a hard time gaining work permits in mainland China.

By some estimates, 200,000 Filipino caregivers worked illegally in China in 2016.

But that was then. Philippine President Rodrigo Duterte announced last month that his Chinese counterpart, President Xi Jinping, had agreed to welcome more Filipino workers, with an initial plan of hiring 2,000 English-language teachers in 2018. The new, three-week-old policy change by China has long been sought after by the Philippines and is still in its infancy.

“lt is an important step to further promote people-to-people exchanges and understanding between the two countries. It is also a recognition of the world-class talent and excellent qualifications of Filipinos as teachers and educators,” said the Philippine Embassy in Beijing.

At stake are the livelihoods of hundreds of thousands of Filipino illegal workers in China. Shortly after the signing ceremony, Silvestre Bello, the head of the Philippines’ Department of Labour and Employment, told local newspaper Philippine Daily Inquirer that other professionals such as cooks and caregivers were also set to work in China, without elaborating.

“China is mainly motivated by political reasons,” said Zhang Baohui, a professor of political science at Lingnan University in Hong Kong, regarding the relaxed visa policy. “China wants to use all means available to show Duterte that a cooperative relationship with China does pay,” Zhang said.

“China’s worst-case scenario is that every country in the region will lean towards the US-Japan alliance,” Zhang said. To prevent Manila from sliding into that position, Beijing has already poured billions of dollars into investment and teamed up with the Philippines in everything ranging from weapon supplies to oil drilling.

Now, it is opening up the labour market.

Personal remittances contributed to around 10 per cent of the Philippines’ economic output in 2016, according to the World Bank. But traditional destinations for Filipino workers have been dogged with problems and scandals.

Earlier this year, a Filipino maid in Kuwait was murdered and her body found stuffed in a freezer. Duterte banned labour exports to the Gulf state in response, and suggested his countrymen and women seek employment opportunities in China.

Aiza Almenanza, a 32-year-old teacher in Muntinlupa City, is following that suggestion. After working in the Philippines for 11 years, she has decided it is time to go abroad, and her first choice is China.

“China is a strong economy with many opportunities,” she said. “Chinese people are also friendly and I like Chinese food.”

On top of that, working in China will double Almenanza’s income – she should be able to earn at least US$1,200 per month. Chinese schools offer free accommodation and lunch allowances, luxuries that few schools in the Philippines can afford.

It’s unclear how many Filipino teachers China will eventually recruit – the Philippine embassy in Beijing said the decision would be made based on the result of the first 2,000 hires – but Eclevia, the recruitment manager in Manila, gets as many as 50 resumes daily looking for work in China.

Tuazon, the Filipino who has been teaching in China since 2012, said he was “sceptical” about the outcome. He said some Chinese cities were reluctant to accept non-native English speakers despite their proven track record in teaching English. He added newcomers may also find it challenging to cope with language barriers in China as well as its restrictions on religion – 86 per cent of Filipinos are Roman Catholic, and Beijing and the Vatican do not always see eye in eye.

But for those who can navigate the difficulties, “working in China would be a good opportunity”, Tuazon said. Tuazon has no plan to leave any time soon; instead, he has convinced four friends from the Philippines to join him. ■